The Madison City Chess League would not be able to provide the chess programs and services to students in grades K-12 were it not for the generous contributions and support from the community.  There are two funds you can choose from to direct your charitable contribution:  the General Fund and the Girls Chess Initiative.

The General Fund enables MCCL to pay for programs for all students in North Alabama.  Through your donations online or at events like the MCCL Challenge, our organization is able to bring chess masters to North Alabama to train and work with our kids.  MCCL hosts chess camps throughout the year where our kids are exposed to instructors from across the United States.  MCCL provides coaching services when our kids compete at National Tournaments.  Throughout the year, we also hold special events at no cost such as Monday night chess at the YMCA, Learn to Play Chess Night, and summer blitz and bughouse tournaments that are free for members.

The General Fund also enables MCCL to maintain a website and online registration and payment for chess tournaments and camps.  Finally, the General Fund allows MCCL to host more and more local tournaments which help our kids develop their chess playing skills.  With your support, MCCL will also be able to host State tournaments in a location that is more convenient for our North Alabama competitors. 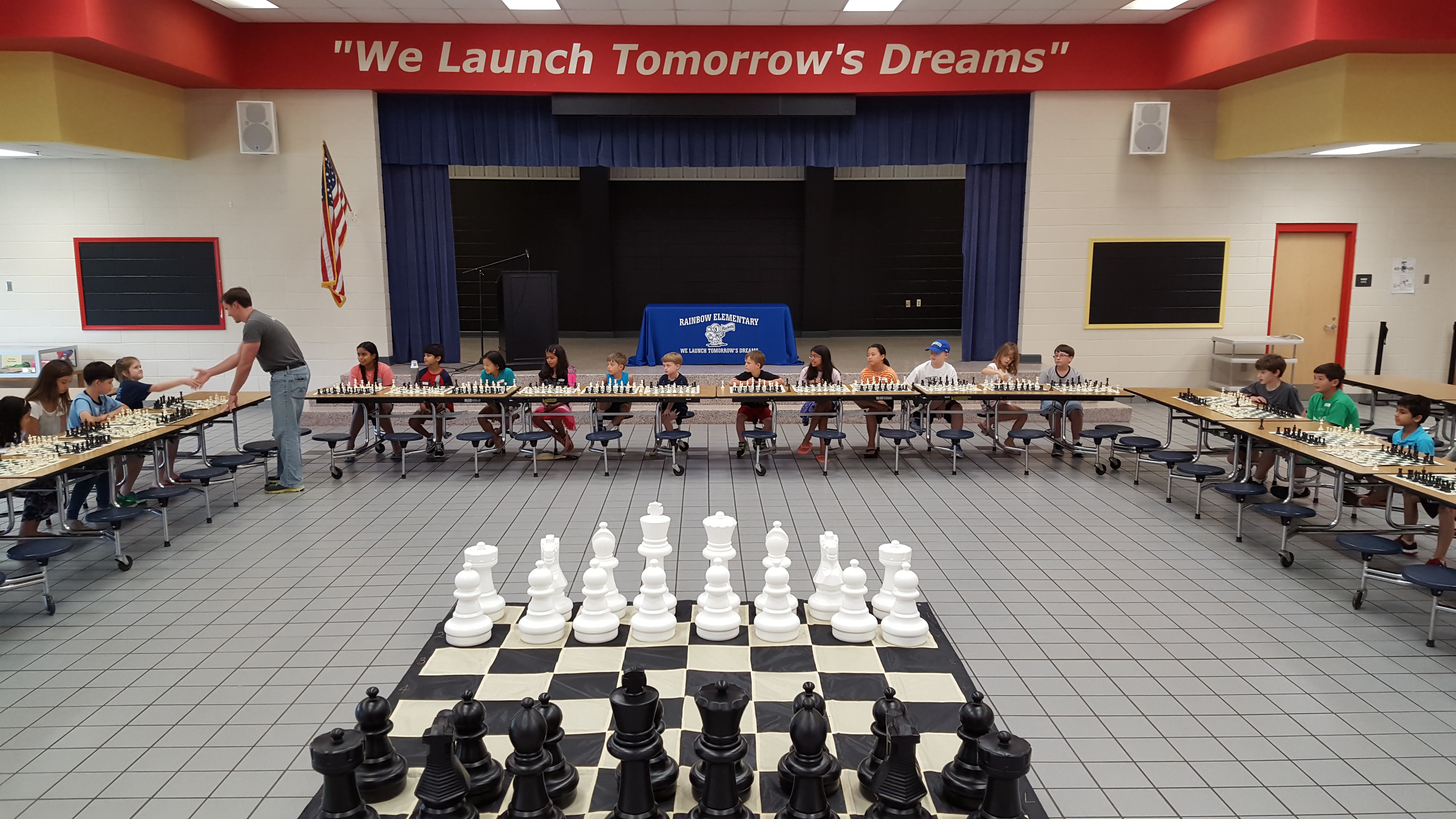 This number is too low, and the Madison City Chess League has decided to focus on improving this statistic in North Alabama.  Rainbow Elementary in Madison has 40% of its competition chess team comprised of girls.  And, we are seeing more and more girls competing at local chess tournaments in Madison as a result of the focus our organization has made on increasing that number.  At the 2015 Queen's Quest Tournament at Mill Creek Elementary in Madison, we saw more girls competing than ever before (see photo below).

Why Chess?:  Chess teaches critical thinking skills, problem solving, analysis, time-management, and strategy.  The skills one must develop to play chess at a competitive level translate to the skills necessary to succeed in all STEM-related fields.

Formula for success:  In order to increase the number of girls playing chess, girls need support in the form of training and instruction and the opportunity to compete at the local, state and national level.  MCCL provides a “top female” medal or trophy in every tournament it conducts locally.  Last year, MCCL was able to provide one scholarship for a girl to attend the local Summer Knights Chess Camp.  We hope to continue and add to the scholarships available to girls for continued study and to provide girls the opportunity to compete more on a national stage.

2016 Rookie Rally Chess Tournament in Huntsville where over half the winners in the K-3 section were girls--all from Madison!

MCCL wants to do its part to help grow the number of girls playing competitive chess.  To do so, we will focus on three things in 2016:

(1) Providing scholarships to girls to receive master level training to attend chess camps. ($500 each for a week-long camp in Memphis; $150 each to attend local summer chess camp in Madison)

The Future:  MCCL would like to create an All-Girls Summer Chess Camp and Tournament in the Southeast. Nothing like this exists in this region.  If we can increase the number of girls playing chess, everyone wins.  Please consider supporting our efforts in increasing the number of girls playing competitive chess and making an impact on the nation.

MCCL is a 501(c)(3) non-profit organization that promotes chess education for K-12 students in the Madison, Alabama area.  Our purpose is exclusively educational and charitable