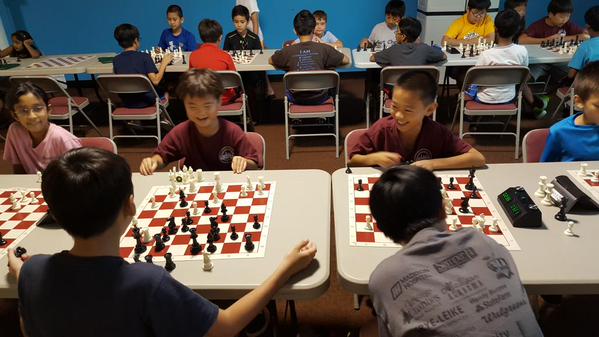 Bughouse Night - For MCCL Members Only

What:  Bughouse tournament for MCCL members only.  Join MCCL today.

Description:  Bughouse Chess is a popular chess variant played on two chessboards by four players in teams of two.  During MCCL meetings at the YMCA in July, we will go over the bughouse rules and let kids practice with partners.  We will use a time control of 5 minutes with no delay.  Teams can sign up during MCCL meetings on July 11 and 18th.

This is a free event for MCCL members only.  If you are not a member, you can join here.

A Guide to Bughouse

Bughouse is a game played by two teams, usually consisting of two players each. On each team, one player will play White, while the other plays Black on a board next to them, across from their opponents. Each individual game requires its own clock. Bughouse is traditionally played with blitz time controls, with each player having five minutes or less to make their moves.

The game begins when the clocks are started and each team's "White" player makes their first move. After this, the games continue as normal chess games, with the following major exceptions: